What is the problem?

The planning and implementation of the urban regeneration project Belgrade Waterfront has brought many problems for the city’s local residents. However, rather than revisiting these issues and attempting to discuss the controversies from the project, this research focuses solely on the current perceptions of local residents in Belgrade; because Belgrade’s urban roots, history, and community were not considered in the upbringing of the Belgrade Waterfront project. The exclusion of local residents from the decision-making process and the lack of transparency on the part of the government are causing skepticism and dissatisfaction among Serbian citizens.

What is happening in Belgrade?

Despite the introduction of the project in 2014, there are still points of conflict among local residents. The local residents further fear change and equity injustice towards the project because Belgrade Waterfront is believed to replace the distinctive culture of Serbia with the settlement of new restaurants, cafés, luxury apartments, offices, and five-star hotels. Therefore, next to the old, traditional parts of Belgrade, a new, modern part of the city is emerging, attracting new, mainly young people.

What are the points of conflict?

The semi-structured interviews with the local residents revealed which conflicts the residents› experience in Belgrade and which problems result from the implementation of the project.

The local residents relate to each other in the distinctive beliefs, behaviors, and emotional references that bind individuals as one community. Therefore, the points of conflict have been particularly reflected in the unfamiliarity, lack of transparency, residential preferences, class differences, and the division of society.

How is the intervention generating value?

The BW Summerdays festival infrastructure and organization encourage local residents to get more involved with the Belgrade Waterfront project by participating and having a clear say in the planning of the activities and attractions and the structure of the festival. Through the visitors, the local residents and small businesses benefit by selling their specialties at the various food stalls, leading workshops in cilim and painting, displaying their artworks and handicrafts, performing in their folklore groups, or on stage. 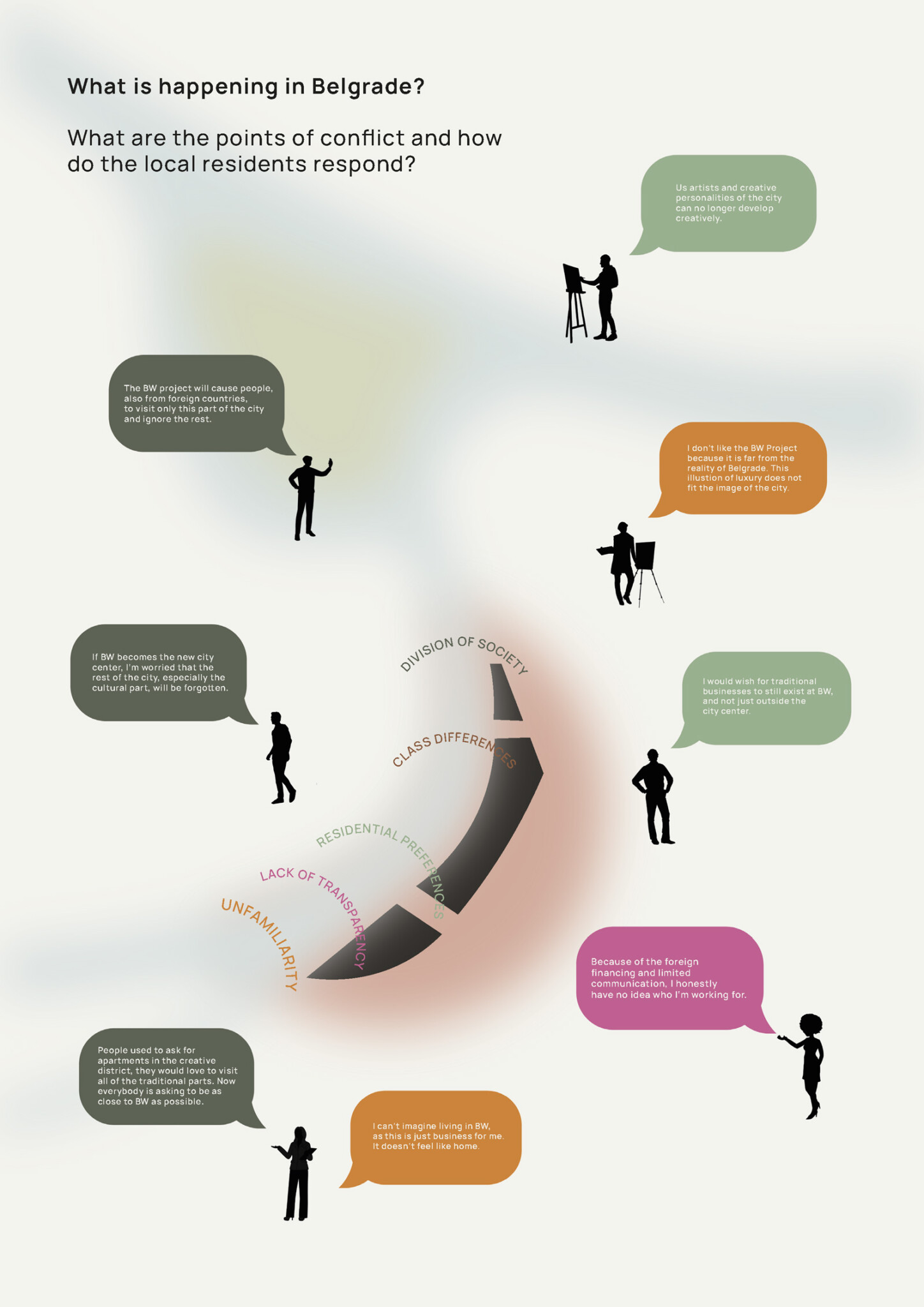 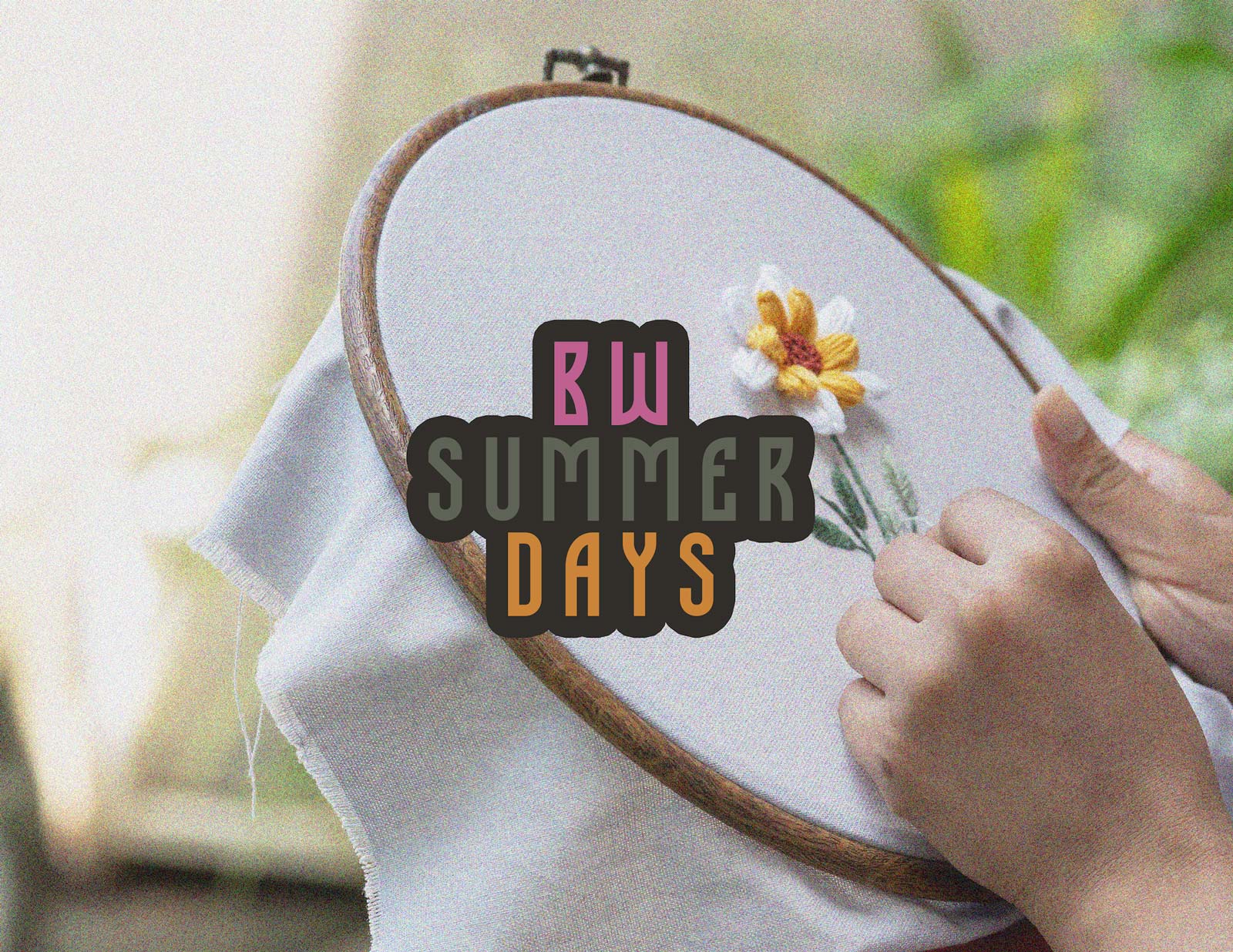 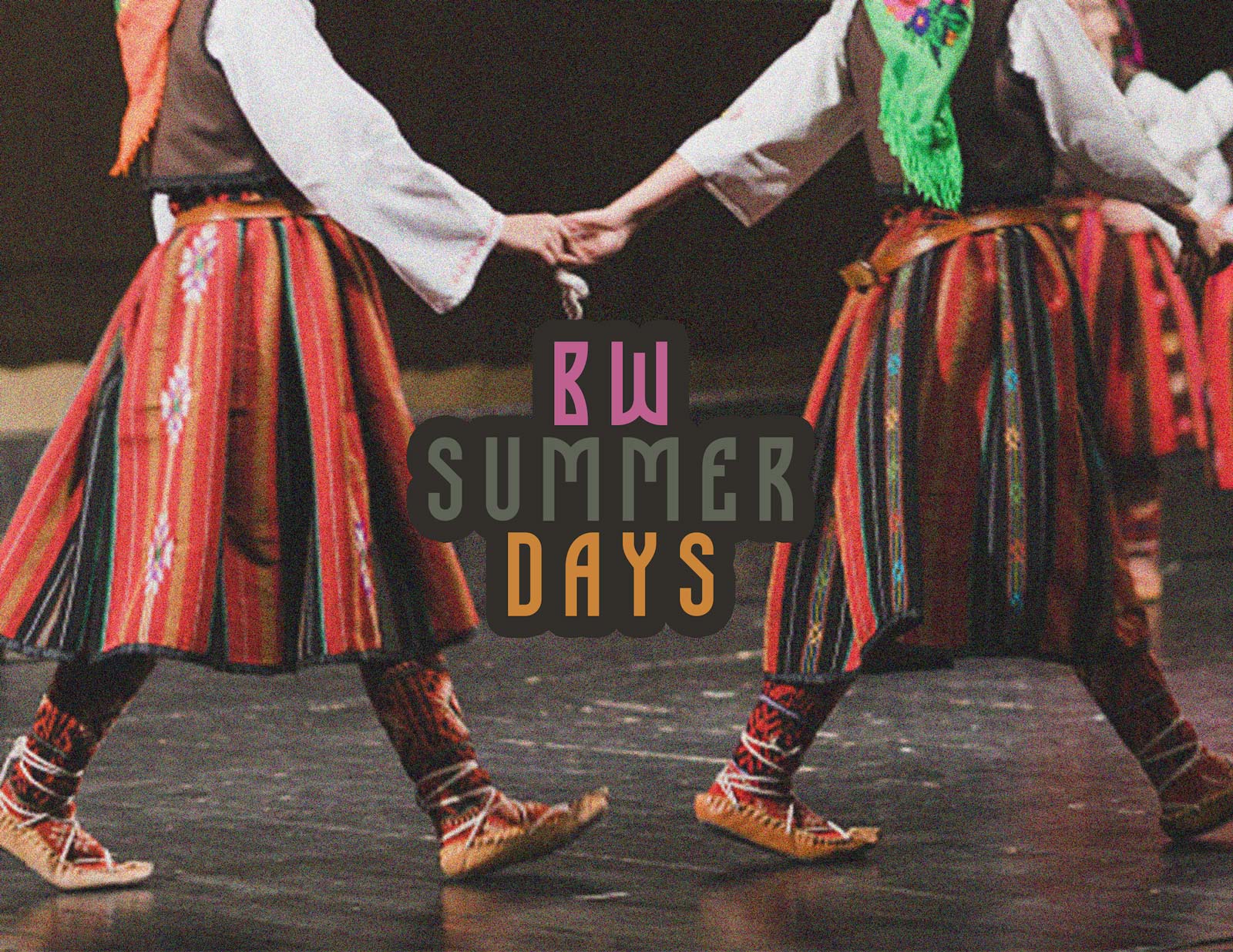 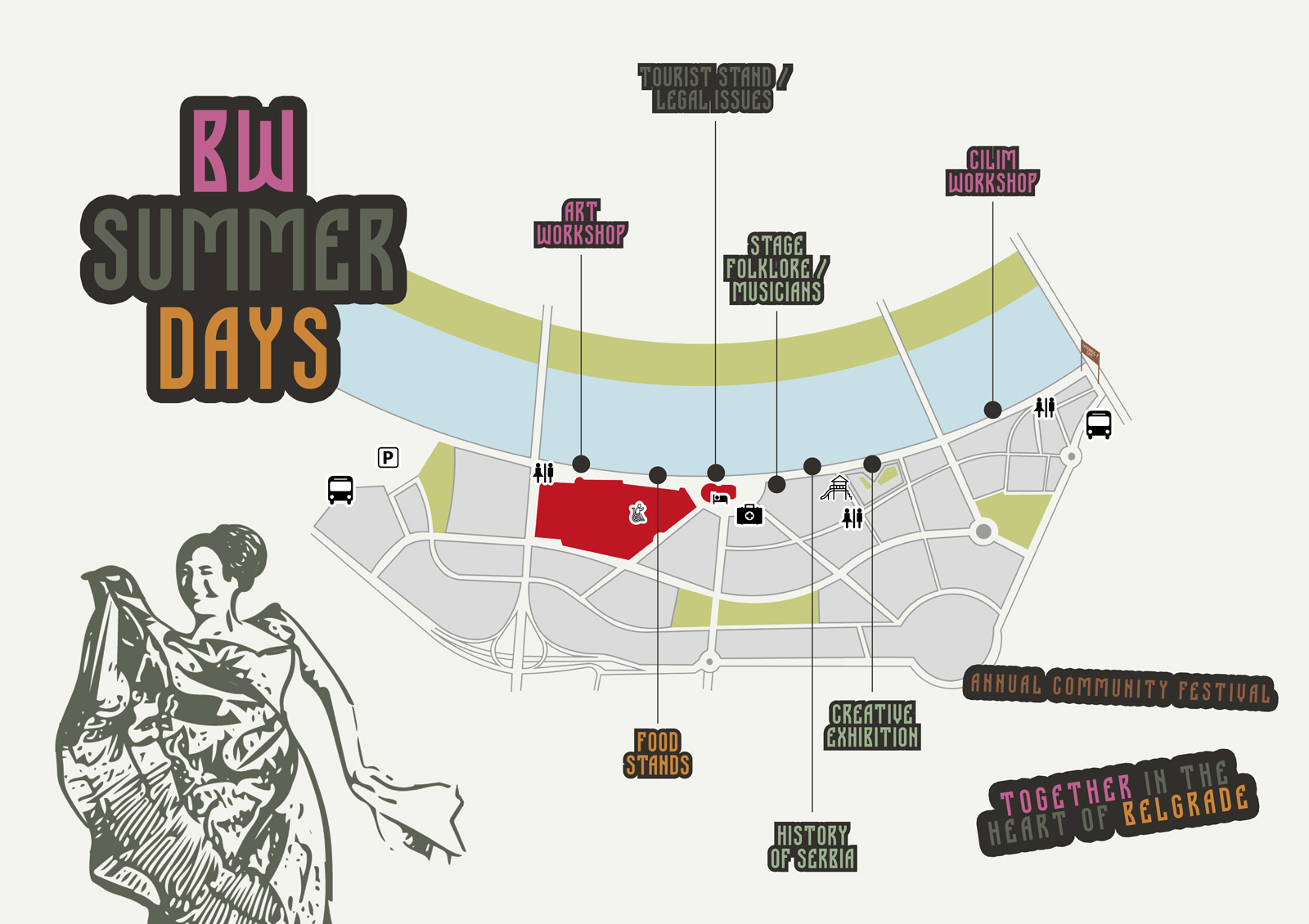 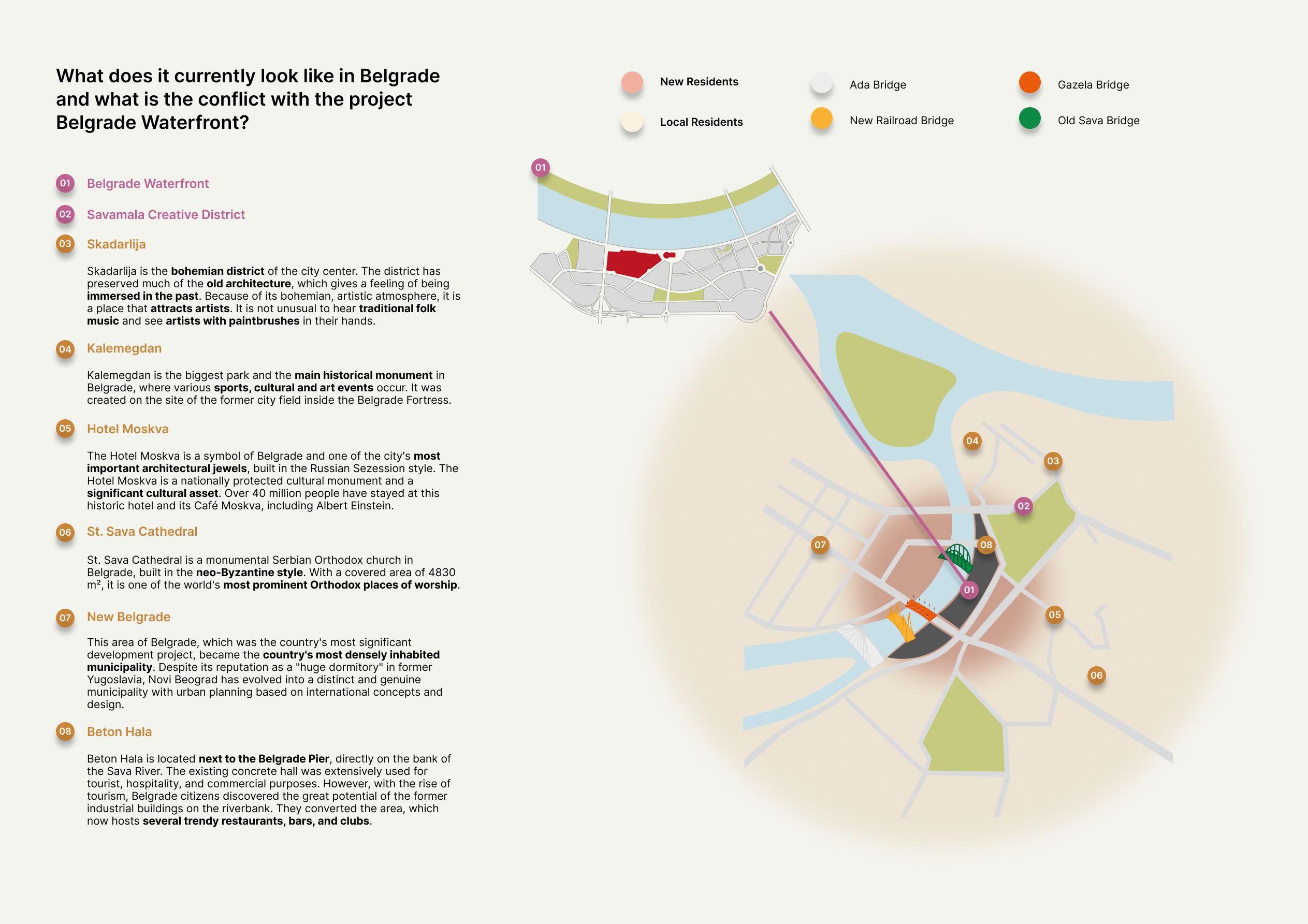 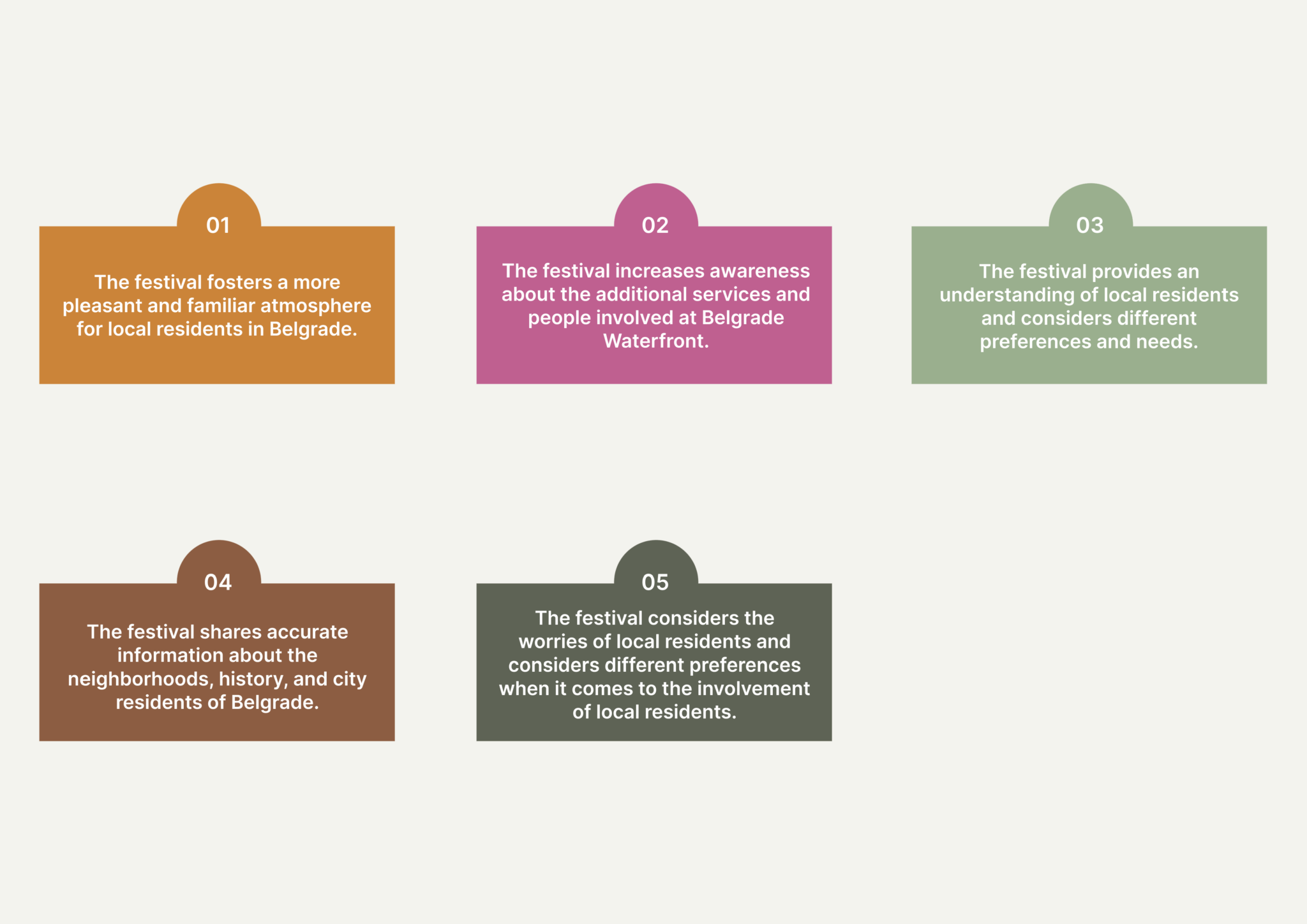 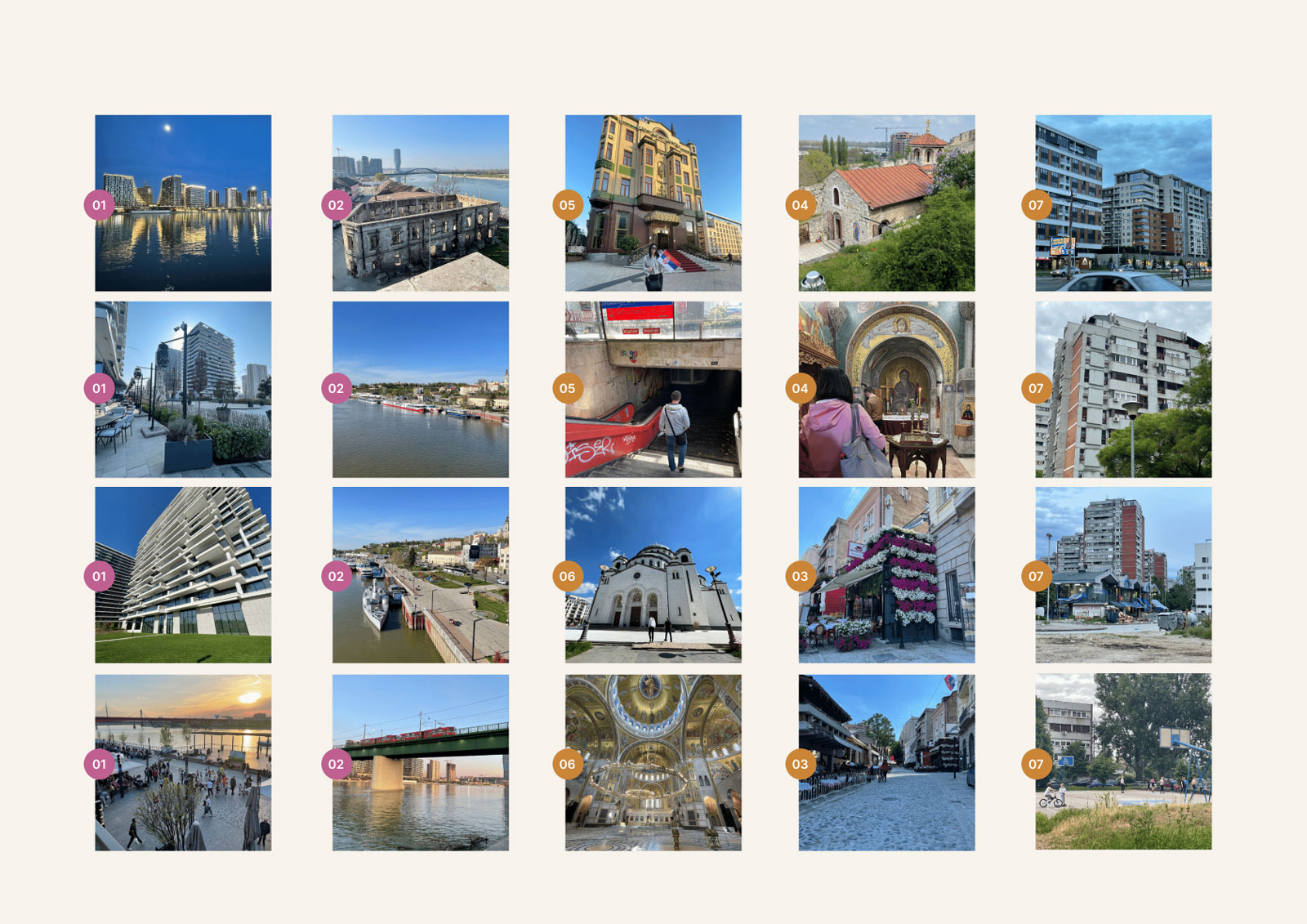