Over the past decade, the consumption of meat has increased continuously. For this reason, the production of livestock has grown substantially. Feed is one of the most important factors in animal production. Soybean is one of the essential components of animal feed and is also the most efficient protein source. However, Switzerland is unable to meet the growing demand for soy as animal feed. As a result, the Swiss meat production is heavily reliant on soy imported from South America. The increase in demand for soy has resulted in the rapid expansion of soy production in vulnerable ecosystems and natural habitats. Furthermore, the majority of consumers are unaware that a considerable amount of animal feed is imported for the production of local animal products. Currently, the vast majority of meat products in Switzerland are not labelled with any information abut the feed used in the production process.

In order to gain an understanding of the perceptions and attitudes of the perception and attitudes of food consumers in Switzerland towards local meat, interviews were conducted outside Migros supermarket and farmers› markets. The key finding that emerged was that food consumers generally have little to no knowledge about the source of the animal feed of the meat products. Nor are they aware of the high amounts of soy imported from Brazil to sustain domestic meat production. Furthermore, most also perceive local food by the distance of the place of production from the place of sale, not taking into account the production supply chain.

It became apparent that the problem is entrenched in the system, most of the food commodities that are consumed in daily life such as Chicken, eggs, sausages, and cheese are embedded with high amounts of soy which are “hidden” from consumer’s sight. Consumers in return have little to no clue of how much soy they are consuming and the indirect ramifications of their food consumption choice and diets, on foreign lands and ecosystems. At the same time, major retailers like Coop and Migros are supporting sustainable soy sourcing movements, but their efforts are not communicated to the consumers. The design intervention was conceptualized to target food consumers. It was then tested and iterated with the former to ensure that the intervention was human-centered and relevant. It attempts to address the problem at hand, through a bottom-up consumer-is a soy-impact label that aims to initiate bottom-up consumer-driven sustainability. The aim of the soy-impact label is to 1) raise awareness among consumers that meat products are produced with high amounts of soy 2) nudge consumers to buy meat products that are produced with high amounts of Swiss soy. 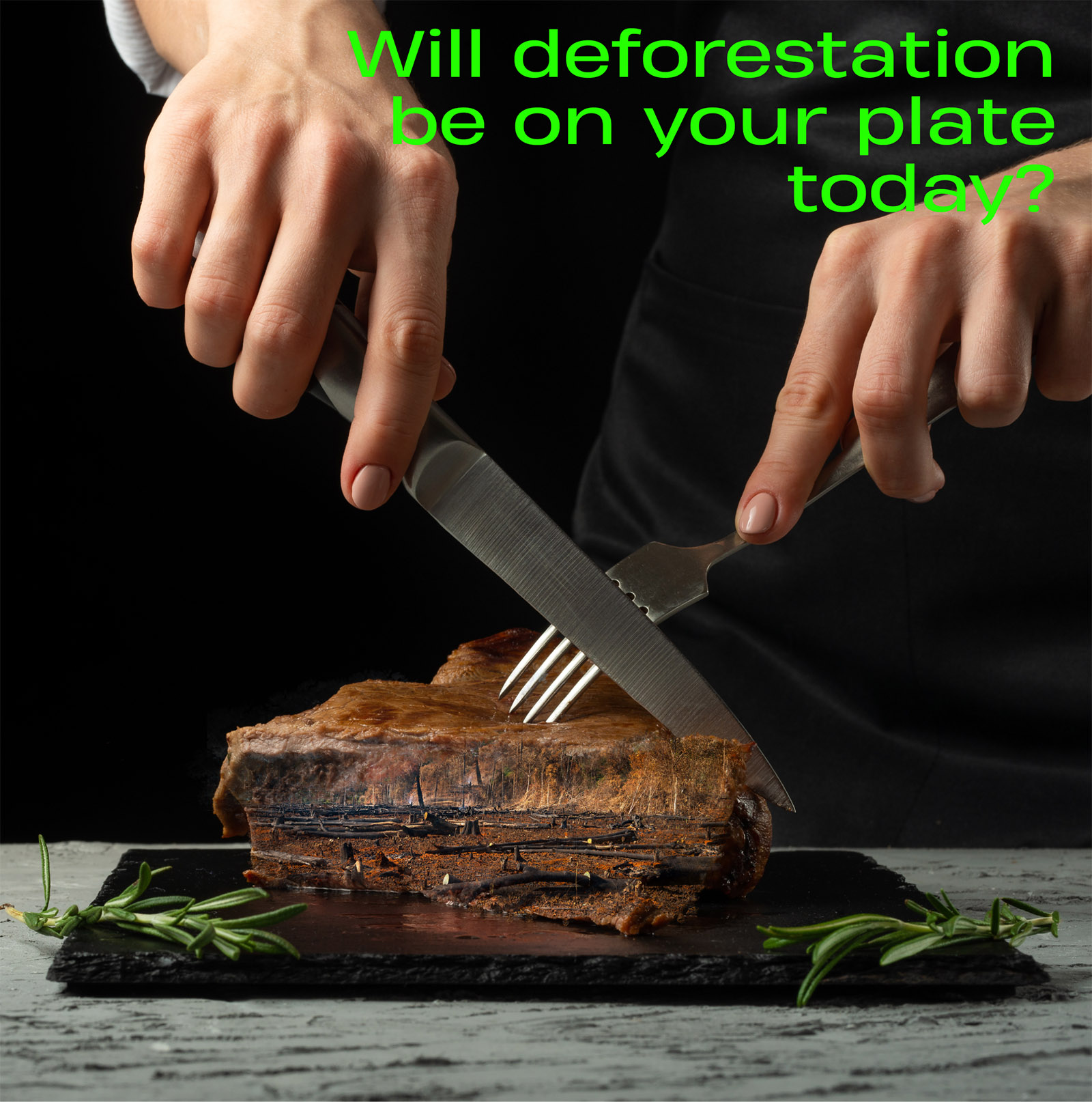 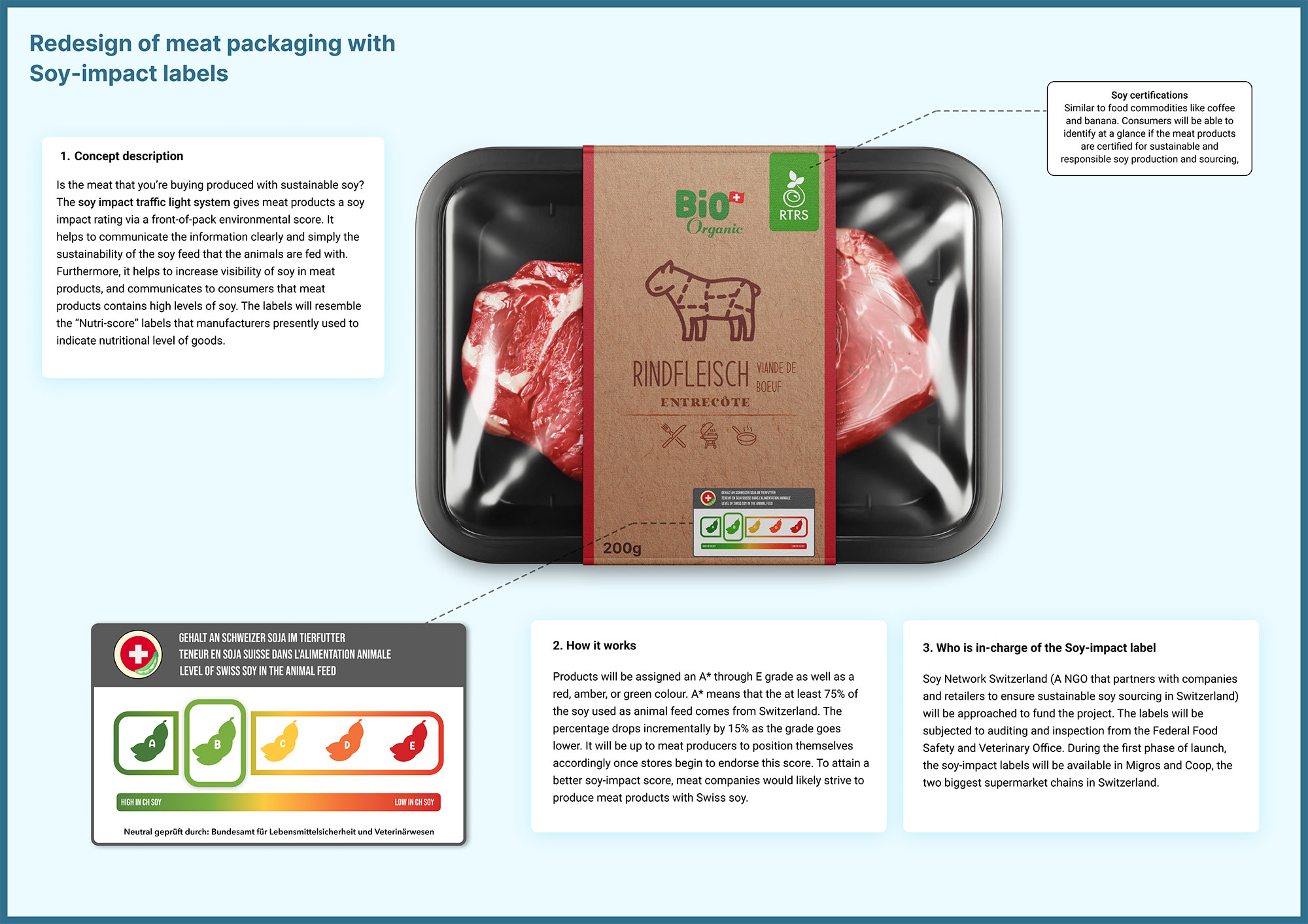 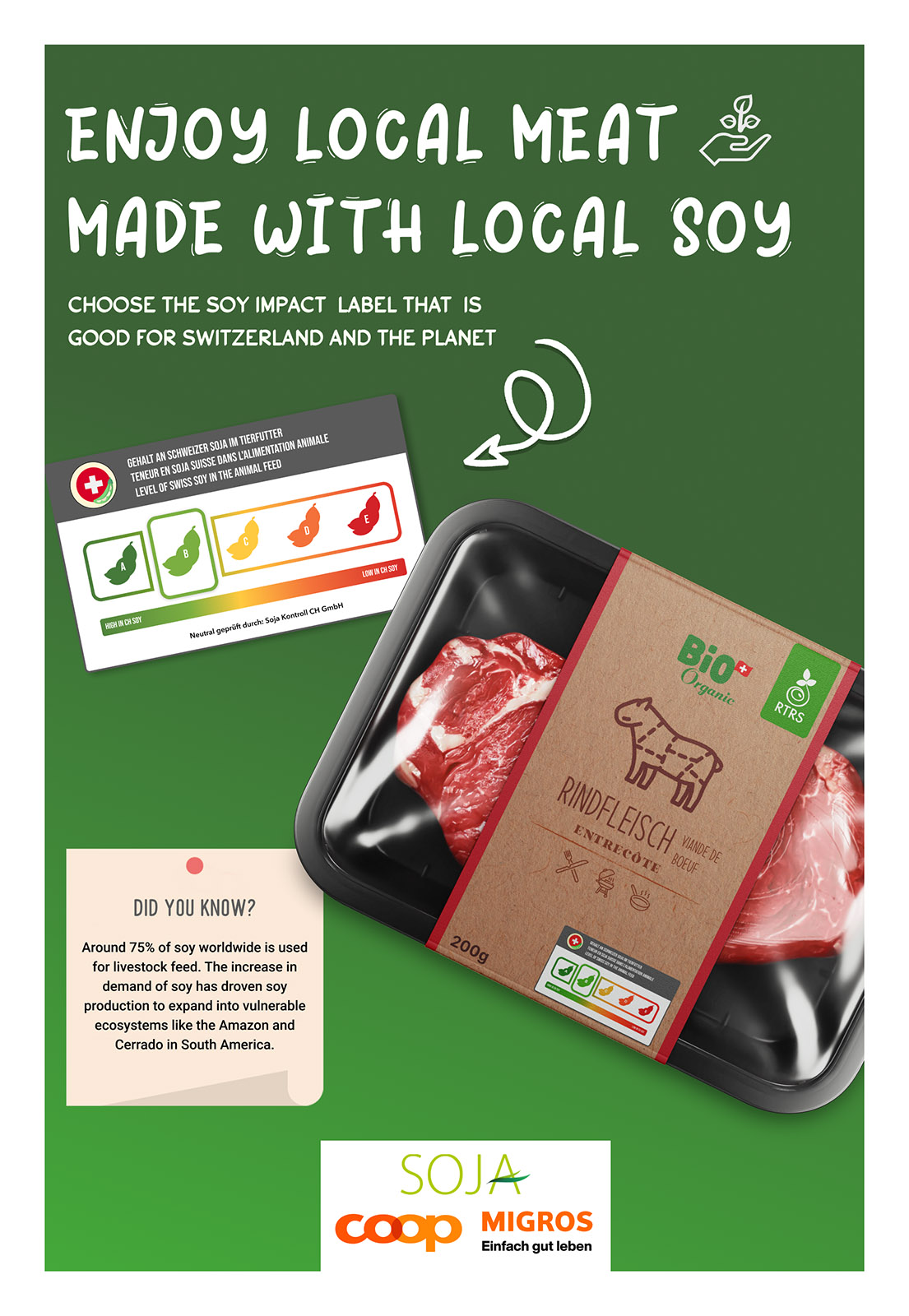 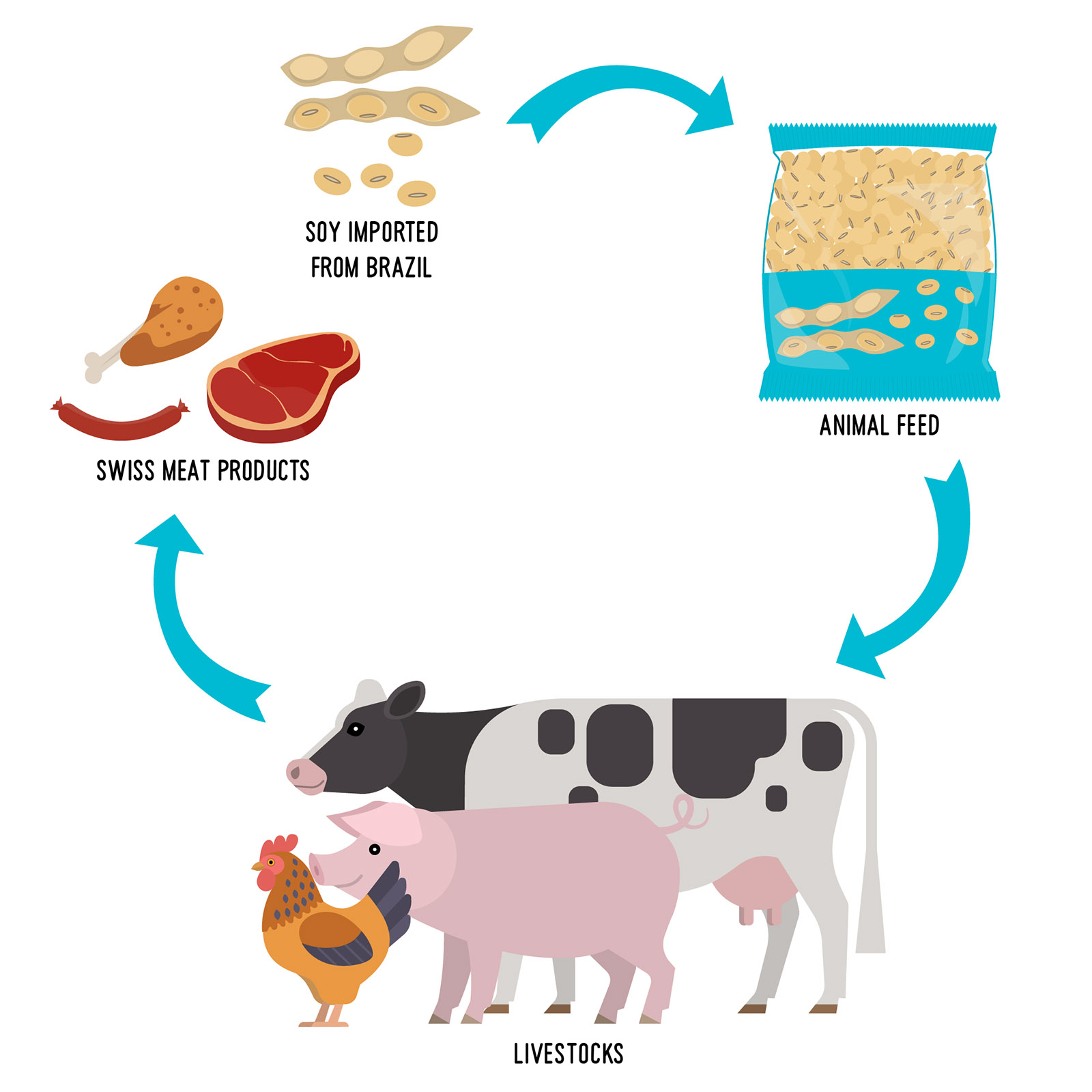