Art and Money Laundering in Switzerland*

Every year, money launderers transact billions of dollars through the global art market. The former Chairman of a leading art insurer describes the art trade as «the Wild West», calling it the «last unregulated market«.

Switzerland is in the top five of the most important art markets in the world. In total, there are around 1’200 art galleries and 15 auction houses in Switzerland, as well as 500 antique dealers.

However, is it right to take the absence of Suspicious Transaction Reports as evidence of only moderate money laundering risks? Reports by Interpol and the FBI indicate otherwise: They find that «the volume of legally questionable transactions is noticeably higher [in the art sector] than in other global markets.»

Switzerland’s approach to risk assessment in the art trade differs significantly from the United Kingdom’s and the European Commission’s approaches. The EU and the UK both consider their art markets at a high risk of money laundering, despite having much more stringent laws than Switzerland to keep money launderers out of the art trade.

Under the laws of the EU and the UK, art dealers are bound by counterparty due diligence obligations, if the value of a transaction or a group of linked transactions equals EUR 10’000 or more. Importantly, this duty also applies to non-cash transactions.

Switzerland’s threshold for art dealer due diligence obligations stands at CHF 100’000, meaning it is around ten times higher than in the EU and the UK. Furthermore, Switzerland imposes anti-money laundering obligations exclusively on cash transactions.

Views of the industry

Even when comparing the art dealers’ views, the Swiss perspective on the threat associated with money laundering differs from internationally prevailing opinions: Globally, 65% of art collectors and 63% of art professionals viewed money laundering as a great threat to the art market’s reputation going forward. Deloitte found that much more art collectors (47%) were in favor of government regulation in 2021, compared to just 22% in 2019.

Taking a contrary position, the Swiss Art Market Association (SAMA) describes the tightening of money laundering rules in the art market as «problematic». On its website SAMA states «the aim must be to stop introducing legislative projects that generate new burdens for market participants.»

Time for a legislative intervention?

A pending motion in the Swiss parliament seeks to place further reaching due diligence obligations on art dealers.

However, Swiss lawmakers are unlikely to follow suit, unless the country were to come under more external pressure. The Swiss parliament rejected a proposal to lower the threshold for anti-money laundering due diligence in the trade of certain precious metals and gemstones to CHF 15’000 as recently as 2016.

The reasons for this voting result are difficult to discern. According to the official minutes reported of the parliamentary sessions, no parliament members presented substantive arguments against the proposal. The fact that a majority voted against the proposal shows that opinions were formed outside of the transcribed debates.

Stefan Mbiyavanga holds a PhD in law and is currently training to become a lawyer in Switzerland. He was commissioned by the UK Foreign, Commonwealth & Development Office & Home Office to explore the vulnerability of Swiss high-value dealers to cash laundering operations of organized crime groups. 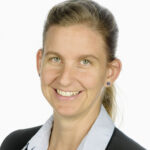 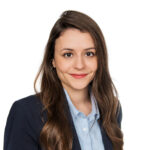